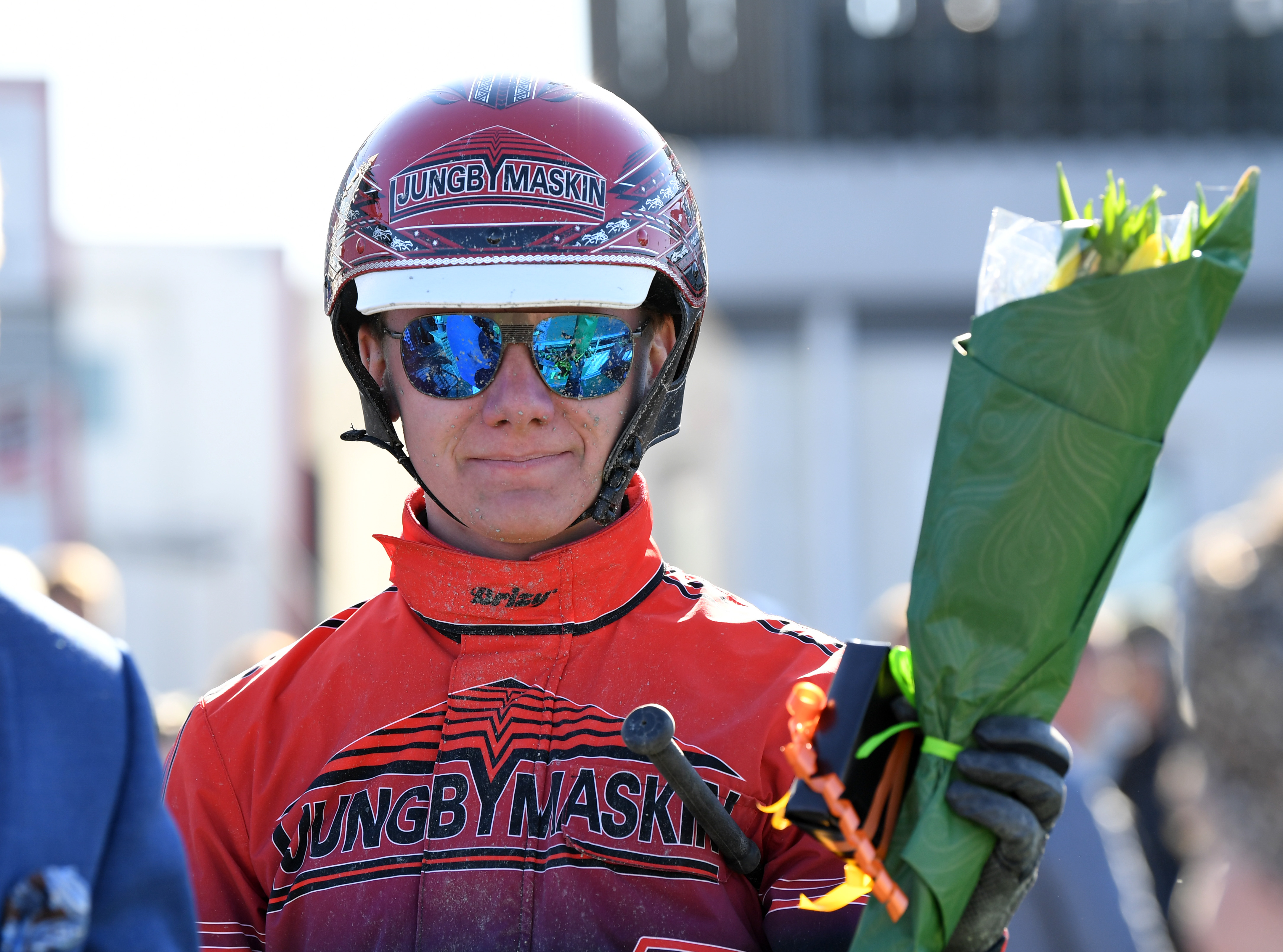 V86: Undefeated promise is the big hometown hopeful - "He has a great chance"

His career is off to a perfect start after two wins in two starts and last time out he won a blowout victory without being tired.
On Wedensday, Deeply Express is the big hometown hopeful as V86 comes to Lindesberg.
"I wouldn't swap horses with anyone. He has a great chance to win" says the trainer and driver Jimmi Ehlers.

V86 continues its summer tour and the next stop is Lindesberg. The picturesque track has two trainers and one of them is Jimmi Ehlers, who has 16 horses in training. This year he has a promising three-year-old named Deeply Express. He started his career in the best possible way and won despite a tough trip parked outside the leader over the long distance in his first career start. He followed up that effort with an even better one in his most recent start at Solvalla. The son of Readly Express was in a class of his own and won by five lengths in 1:15.9 over 2,140 meters with volt start.
"2 Deeply Express (V86-5) doesn't look like much when you see him and he is a bit on the small side, but he is a good racehorse. I realized that before his first start in a schooling race. He's like a typical Readly Express horse is when they are good, strong and with a good attitude. If he keeps developing, he could be very good" says Jimmi Ehlers.
What do you say about the two starts he has made so far?
"He was good already in his racing debut, when he won parked out over 2,640 meters. In his most recent start, he got a pretty tough trip but he won very easily that time too. He is a strong horse who doesn't care about which type of trip he gets".
"At Solvalla I let him go for a bit as I challenged Björn Goop and my horse had no problems trotting at 1:05-speed for a bit. This early in his career, he is the best Readly Express offspring I have trained. If I compare him to Certainly as I trained earlier, for instance, this horse is better then he was at the same time of the year as a three-year-old. Certainly had no speed at all, he was just strong. Deeply Express is both fast and strong and he has progressed a lot the last few months" says Ehlers.

"Tried him behind the gate - no problem"
As V86 comes to Jimmi's hometrack Fornaboda in Lindesberg, there is nothing he wants more than to victory parade in front of the hometwon crowd, Wednesday night. Deeply Express starts in the fifth leg and he is the favorite from post position two behind the starting gate.
What are your thoughts on this race?
"These conditions are different and post position two behind the gate at Fornaboda is not that good. The car goes very slow and as it comes out of the turns it takes off right away. That makes post one and two not very good, while post four, five and six are the best post positions".
"The good thing is that we are in the two path right from the start. I took Deeply Express to Örebro last week and tried him behind the gate and that was no problem. He had never seen a starting gate before that, but behaved very well. I think he feels just as good as when he won those two starts, so it looks good so far".