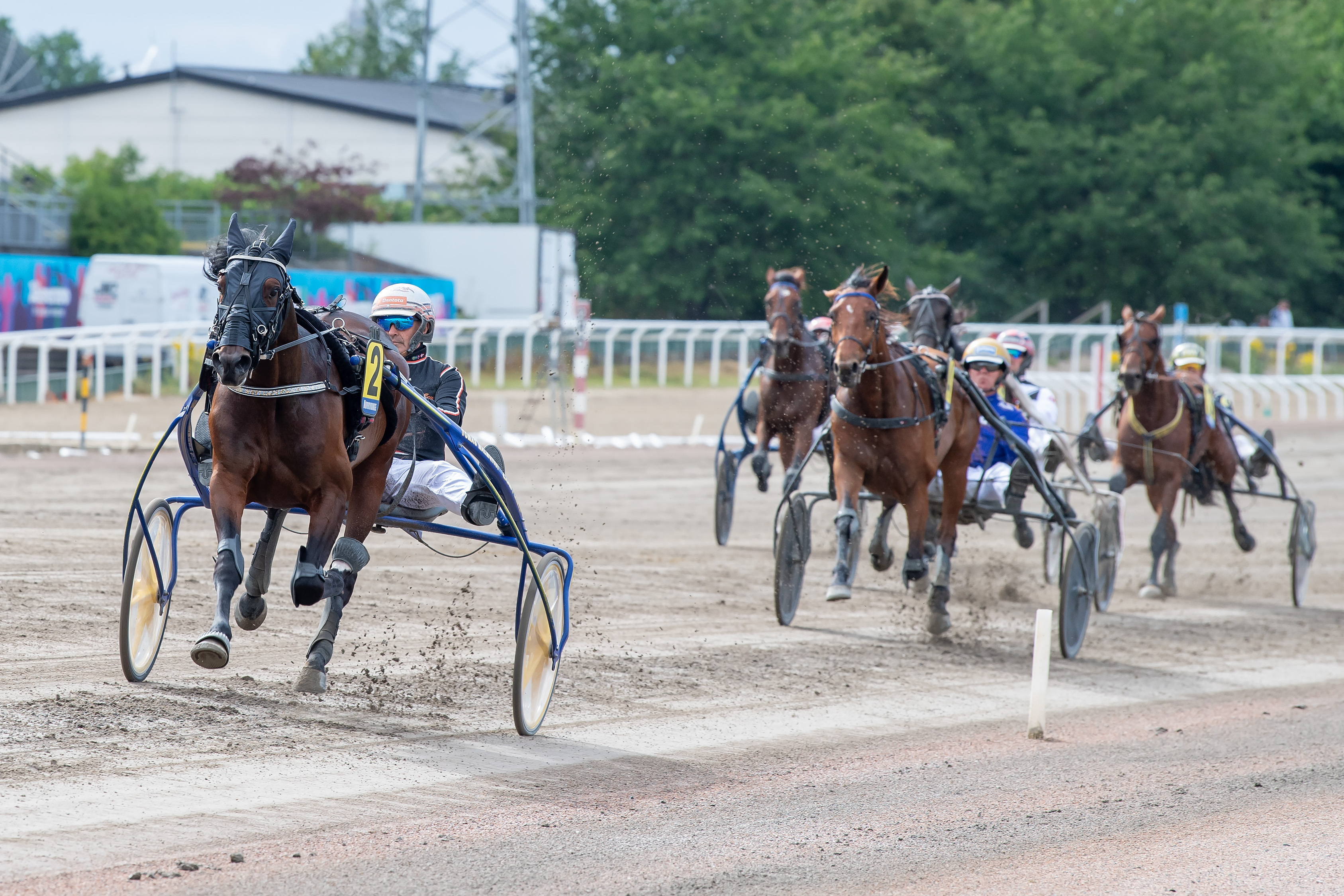 A spotless start to his career.
Tomas Malmqvist's two-year-old talent Fiftyfour chases his third win in a row in the final of Breeders Course at Jägersro.

V86® will be raced three days in a row this week and the party starts Wednesday where the eight legs are shared between Solvalla and Jägersro.
At the Malmö racetrack, the youngest horses are in the spotlight. The Wednesday night feature is the Breeders Course 2 years old final with SEK 700,000 to the winner. One of the most promising two-year-old colts so far comes from the home team. Tomas Malmqvist's 5 Fiftyfour (V86-3) has started his career in the best possible way. He has won both of his starts and has been very impressive.
"Everything is well with Fiftyfour. He qualified well and has been very good in both his starts, he trotted 1:14 in his last start. He is in against several other good horses this time, but he is one of the horses who can win this race" says Tomas.
Fiftyfour made his racing debut a winning one on the Hugo Åberg night at Jägersro in July. He won very easily on the front that night. Last time out, in the Breeders Course elimination, he won again after having been used hard in the middle of the race. Despite that, he didn't look tired as he crossed the finish line.
Did Fiftyfour have much left in his tank when he won in 1:14.5/1,640 meters?
"He might have had, but at the same time, he had trotted at 1:09 - 1:10 speed in the middle of the race and it's hard to trot much faster than that, when they are only two years old, but he has devloped early".

Developing early - like his mother
Fiftyfour has good parents to take after.
His father is Fourth Dimension, who was a very successful two-year-old in the United States and his mother is Backfire, a mare who was trained by Tomas Malmqvist throughout her racing career and who also was good early in her career. Backfire won both The Queen's Trophy and Breeders Crown, plus she finished second in Stochampionatet.
"Backfire was a great racehorse and she won several bigger races for me and this one (Fiftyfour) is our own breeding. Fiftyfour might not be much alike his mother, except for developing early, well maybe that they are both uncomplicated horses, very stable".
How much gate speed does Fiftyfour have?
"We haven't really left with him yet, but he should be able to leave fast if that's what we want. But we have never had that discussion".

Stable mate dropping in class - take her into consideration
Tomas Malmqvist has one more starter on V86 this Wednesday.
The five-year-old mare 4 Nanny's Girl (V86-5) has had a strong season and she has been in tough fields lately. The Wednesday task looks interesting for her.
"All is well with Nanny's Girl after her last start and she has raced great time after time now and has faced very good horses, so I would say that she drops a bit in class here. It's a tricky post position in volt start, but if things work out she should end up battling for the win".
So, both your horses should be taken into consideration?
"Yes, I think so" says Tomas Malmqvist.