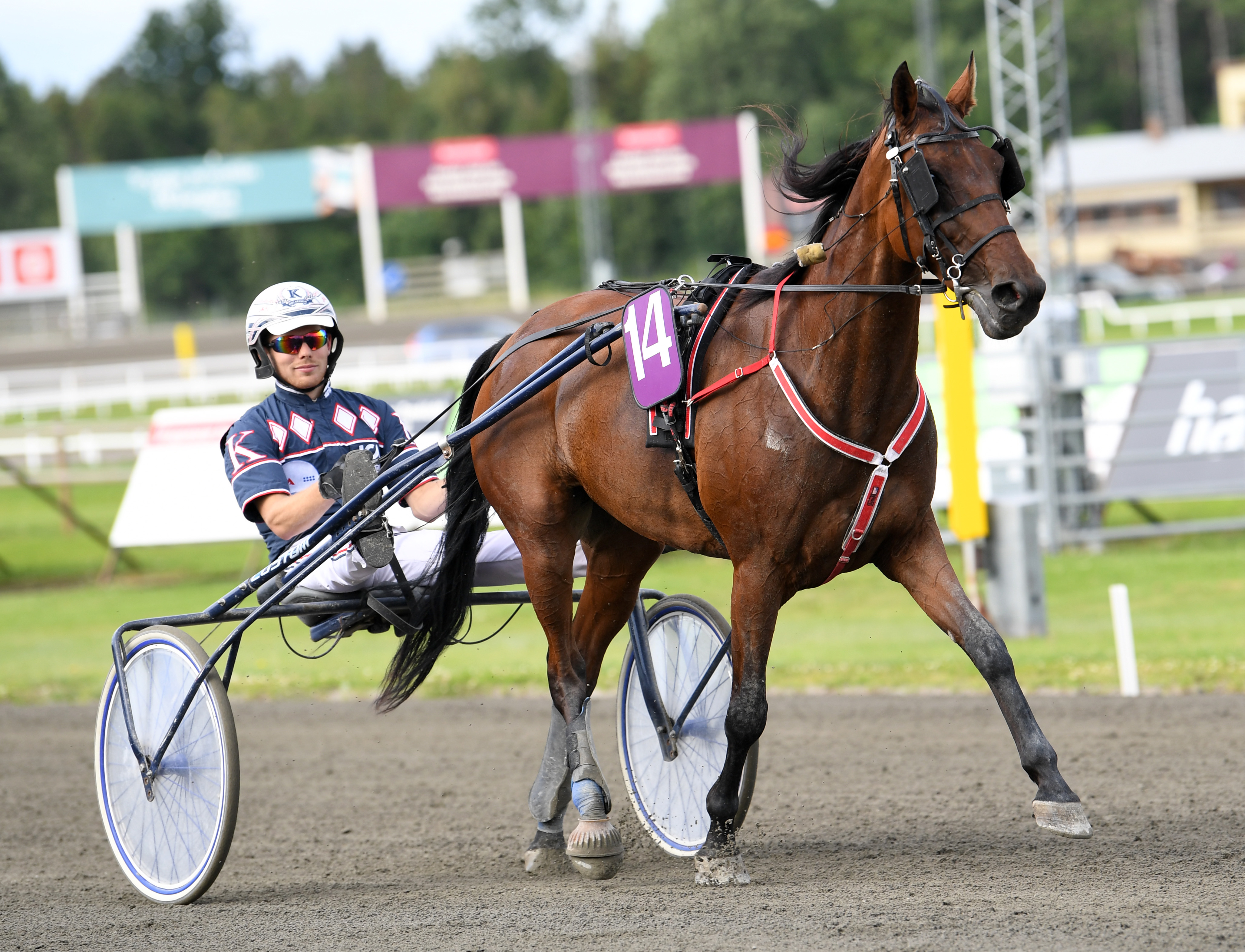 Come race time she's not playing around.
Wild Love is firm before a race and very curt towards her driver.
”She is very smart and she actually always becomes a bit grumpy when I come in to the stable. She is always nice to Bengt, but she always lets me as the driver know when it's race time" says Kevin Oscarsson who drives the up and coming mare Wild Love on V86 at Solvalla on Wednesday.

The Halmstad licensed amateur trainer Bengt Simberg only has one horse to worry about as retired and he spends a lot of his time with the six year old mare Wild Love who in a short time has run through the classes and made SEK 2 million.
On Wednesday she faces some of the best older mares in the country at Solvalla.
Simberg often takes Wild Love down to a beach near Halmstad to let her train by the sea.
Kevin Oscarsson became Wild Love's regular driver during her four year old campaign and he has driven her in pretty much every start since.
"Bengt calls me and tells me how he trains her on the beach with long intervals and jogging almost every day. It's thanks to his training and racing schedule that she has become so good and has kept improving".
At six years old Wild Love still has a bit to go before she really can start competing with the best ones in the major stables around the country.
17 wins, 6 seconds and 12 thirds in 61 lifetime starts proves a point though. Wild Love is an extraordinary mare.
"She has raced super a few times when she hasn't gotten up in time after slow starts. She's more and more becoming a complete race horse and she has also learned to leave better. The start has been her weak spot all along. She used to be a bit steppy the first 400-500 meters and then it didn't matter how fast she would close" says Kevin Oscarsson.

Has raced every month
After her second qualifier in November 2017 as a three year old Wild Love has actually raced once or twice every month up until today. Every single month!
A schedule she obviously likes.
"She is so smart. She's well aware when it's race time. On race days she becomes more focused and she knows exactly when I come to the stable. She's always nice to Bengt and usually to me too but she puts me in my place. She doens't like the earpugs and I helped putting them in once in the beginning of her career and she hasn't forgotten that" says Kevin and laughs.

A new feature
Bengt Simberg has an up and coming mare in Wild Love which has been a fact for quite some time now.
In her last start in Henning Kraffts MInne at Åby she showed a completely new feature. The speedy mare was not raced from behind. Oscarsson used her speed early and sent her to the lead already after the first turn.