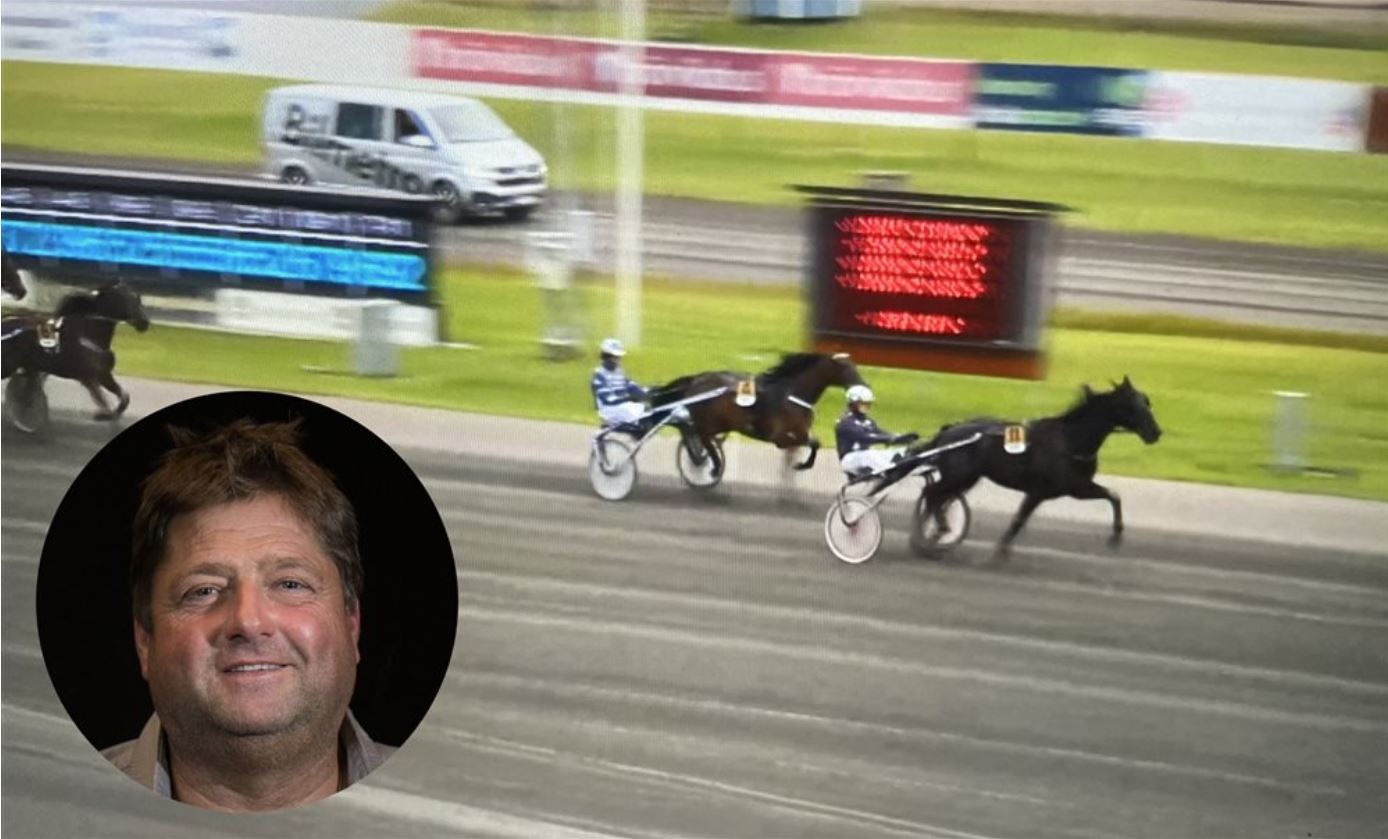 V86®: Will he prove himself on Wednesday?

Show Must Go On never does more than he has to.
Against easier competition he has two wins and three second places in his first five career starts and maybe the four-year-old has woken up enough to also be able to win on V86® at Solvalla on Wedensday.
"He does it so easily – but he has more left to prove" says trainer Svante Båth.

Solvalla closes out the V86 card on Wednesday with a race fopen or four-year-old who have made up to SEK150,000 lifetime.
Racing as a two-year-old was never an option for the late bloomer Show Must Go On who started racing in the fall last year as a three-year-old.
The Solvalla-licensed trainer Svante Båth trains 114 horses. 25 of them turned four at the start of 2022. Show Must Go On does not rank among the best four-year-olds in the stable. Not yet, at least. The horses develop differently and the gelding who is owned and bred by Caramera AB in Bjärred should have the best period ahead of him.
Show Must Go On has a nice way of going on the track and he delivers good efforts in a laid back sort of way. It looks like he almost doesn't care sometimes.
But he has a good, long stride and after finishing second in his first two starts, he then won two in a row, both in the month of September.
Four weeks ago he was ready for his seasonal debut. Ulf Ohlsson advanced to the lead with 1,500 meters to go and the gelding only saw Petter Lundberg's Loveyouecus pass him at the wire.

"Responded well to the equipment"
Svante Båth about the horse who never does more than he has to:
"He was lazy from the beginning and as soon as he started racing I had to pull out a few tools to get him to go, like pull-out earplugs and such. I had to use that kind of equipment earlier than I had wished, but he woke up and responded well to that" says the Solvalla trainer.
Båth was very pleased with the second place in the seasonal debut.
"Show Must Go On was really sharp. After the race, Ulf Ohlsson told me to take the blind bridle off. He was a bit too loaded instead. We knew he needed that start and it should mean that he is in better form now".
So, the blind bridle that has made him focus more is coming off. What about the rest of the equipment?
"I don't know right now what else I will do, if he will race with can't-see-back rolls or not. I will also take some weight off of him, I just haven't decided on how much weight. He has raced with steel shoes in all his previous starts" says Svante Båth.
On Wednesday, Erik Adielsson drives the horse for the first time and they drew post position ten, in the second tier behind the gate. What are his chances of winning the race?
"This is the toughest competition he has seen so far and the bettors need to be aware of that. He is, just like most my horses, paid into most of the four-year-old stakes so that doesn't say anything about his abilities. But he is a bit of a runner up in my stable this year".
So, how should the bettors treat him on Wednesday?
"He should go on the ticket if you play with more than one horse. He shouldn't be left off the ticket, but he is also not a key horse in the race. Because he has more to prove".