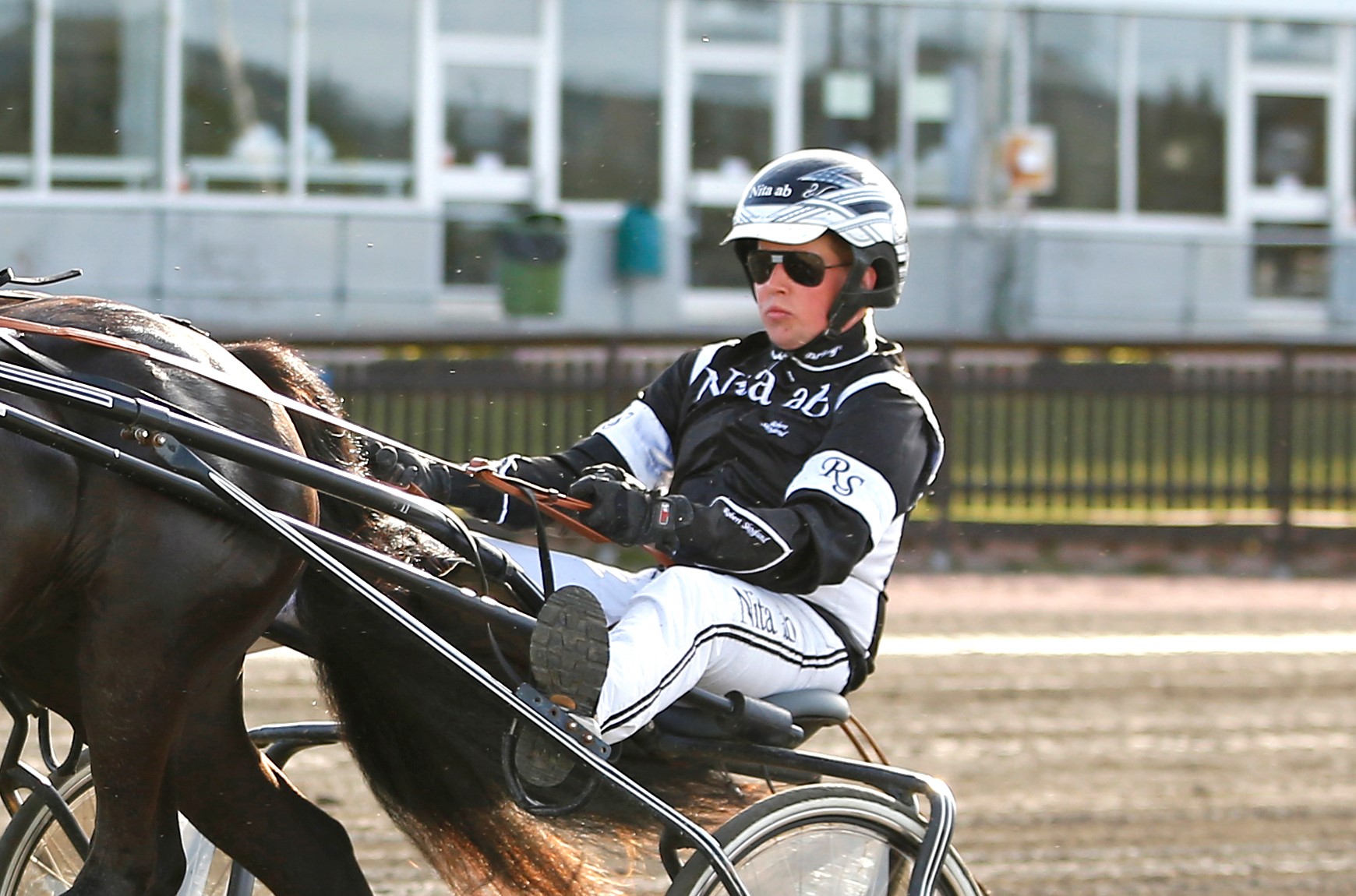 V86®: Winstone is used to winning

Four wins in his last five starts and a development curve pointing upwards.
After that, Winstone Tabac disappeared from the racetracks for over nine months.
On Wednesday the six year old returns when V86® is split between Bergsåker and Jägersro.
"How he feels is more important than the result on Wednesday" says the trainer and driver Robert Skoglund.

Winstone Tabac (V86-4) trotted 1:20.1/2,140 meters in his racing debut as a five year old and not many people thought this horse would start piling up wins after that race day at Bergsåker at the end of March last year. Then something happened and he hasn't finished worse than third ever since.
"He has actually been lazy the entire time, but it wasn't until his most recent start at Boden when I got a feeling that this horse might be more than just an ordinary horse. Before that, he had just been lazy in the races but had shown that he wanted to win. In Boden he showed more of what he can do and it wasn't until then that I started aiming a little bit higher with him".
"So it was too bad that he got sidelined after that start, but now we're back and that win on V75 — that I thought he would have gotten last fall, had he just been able to keep racing — we have to try to get this year instead. He's a nice horse".

Got injured behind
Winstone Tabac was supposed to race at Dannero in the middle of August but was scratched and after that, he hasn't been seen in the race programs.
"He injured one of his hind legs, either in his stall or out in the field and after that he got some time off. We then started aiming for this year with him and the reason his seasonal debut has taken so long is more because of bad training conditions than the horse himself. We haven't been able to take weight off of him the way we wanted, so we have done more heavy training instead".
"I have trained him twice at the track, both times on 2,600 meters. The first time he trotted 1:22.5 and the second time he trotted 1:18.5. Normally that should improve his form quite a lot going into the Wednesday start, just like he improved after that first time he trained at the track" Skoglund says.

"Tricky post position"
The draw could have turned out better in his return. Post position eight behind the gate on the short distance wasn't what the trainer wished for and now they have to play it by ear.
"Had we drawn one to five, I would have been more optimistic, but now we're left out. From post eight he will leave the way he wants and we'll go from there. I will not send him out of the gate in his return and that he feels good and gets a good experience is more important to me than the result itself. This is not the most important race of the year. If he feels good, that's enough for me to be happy".
"If he is good on Wednesday we'll look at races with a bit higher purse. He has some problems with his legs so he can't race back to back weeks. If you play with four or five horses in the race, then I think he should be on the ticket based on his ability" Robert says.

"Very good in monté"
Three more horses will make the trip to Bergsåker on Wednesday and there is no doubt who the trainer thinks has the best shot.
"Sundby Comet (V5-2) is very good in monté and his jockey Christina Hande praises him a lot. I don't ride him myself, but when she says that he is a very good monté horse, I'll take her word for it. He's a horse who does exactly what he needs to do and nothing more and Christina thinks there aren't many coldbloods that will beat him under saddle. It will be very interesting to see him" says Robert Skoglund, who has a hectic start of the week with eight starters Tuesday and Wednesday.