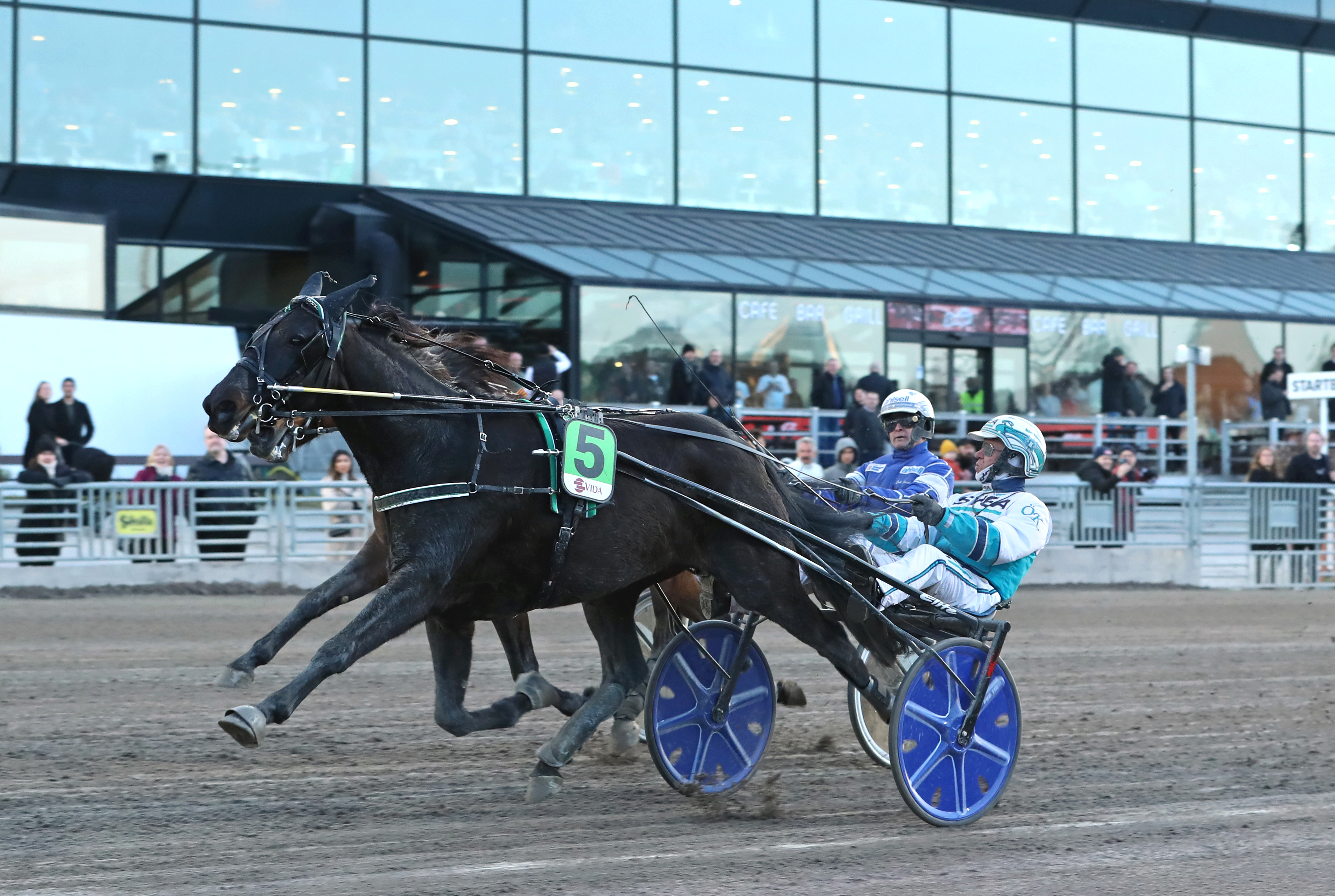 Phoenix Photo has not won a race since March.
On Wednesday, the double millionaire could find his way back to the winners circle again when V86 is shared between Solvalla and Åby.
"You can never write off a horse of his caliber" says Svante Ericsson.

In the beginning of his career, Phoenix Photo did not have many fans. Even the trainer Svante Ericsson was sceptical to his possibilities to be a decent race horse.
"Not much spoke for him being a double millionaire after 40 starts. He has a wonderful attitude and he never gives up and that's his best quality. He's a horse who is easy to like and he's very close to my heart" says Ericsson.
Phoenix Photo has taken steps that only a few horses are able to and he has now reached the gold division. He raced in Norrbottens Stora Pris in the middle of June and closed best of all to finish third. In the following start, he was not good and he has not raced since the beginning of July.
"He was sick that day and his blood count was off so we can forget about his last start".

"Not a horse to single"
On Wednesday when V86 is shared between Solvalla and Åby, Phoenix Photo returns after several weeks of recuperation and training.
"I'm happy with him and he trains well. He is not in top form and not a horse to single, but he usually races well after a layoff and I think he will do so again. Phoenix Photo has so much ability and such a great attitude and you can never write off a horse of his caliber. The post position makes it a bit tricky and I would like to see him cross the finish line at full speed".

Might try France
Having a horse with the strength and ability that Phoenix Photo has, many choose to go to France for their winter meet and that is also something that Svante Ericsson has in the back of his head.
"Phoenix Photo is a gelding and not eligible to that many races, but there are still some interesting ones he could race in and we'll see what we'll do. I think he would do well there and now he is much better gaited too. But there is also good money to race for here at home and he has already shown that he is good enough for the gold division and that class usually gets a little easier in the fall and winter seasons".
Other than that, Svante Ericsson hopes that the future will be better than the summer was.
"It has been rough. We have had problems with a virus in the stable. We have let the horses get the time they need and they are all training well again, but they are a bit sluggish. Now they will race into form and I hope the future will be good, it feels like it will".